This bench, my latest, is called, "Thank You CJ. CJ Hirschfield was the head fairy at Fairyland for a very long time. Somewhere around 2006 or 2007 I was looking at the benches at the Emerald City Stage where I do many of my shows. They were looking tired, so I asked CJ if she minded if I painted one. For some reason she said yes and so I took one home and painted it to look like the tufted cushions you might see in a lounge or something. Twelve or thirteen years later I've now painted something like 24 or so benches. It took me a while to find my theme or motif or oeuvre if you will, but this might be the best thing I've ever done. And by the way, did you know giraffes have the same number of neck bones as you, assuming you're a human looking at this? 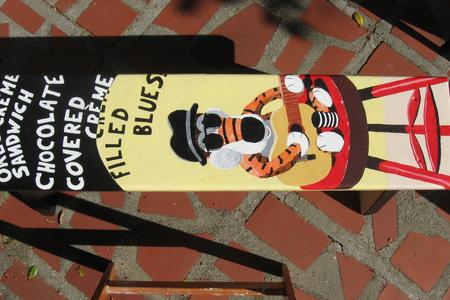 This one is called, "What to do, what to do?" And Tigee faces the dilemma of having to share his one Oreo with a squirrel. In the snow on obviously a very cold day.

And here are some other benches submitted for you approval! 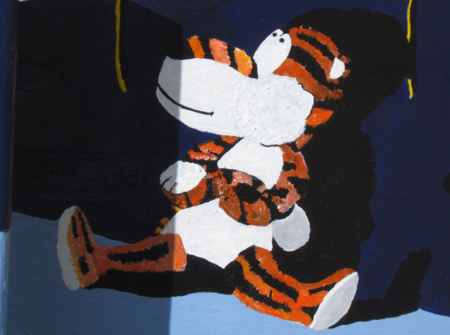 For the past eight or nine years I've been painting odd things on benches for Children's Fairyland in Oakland, CA. It's been a lot of fun exploring the unique canvas of a bench. it took me a while to figure out a motif, theme, or whatever. The tiger that appears on most of the benches is based on a toy stuffed animal of my son's and it's also important to know the tiger is NOT Hobbes, as Hobbes is not a licensed character, he's also not Tony the Tiger or any of the Detroit Tigers! 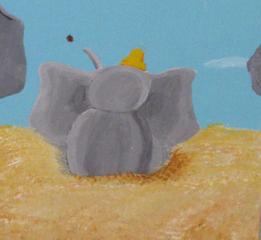 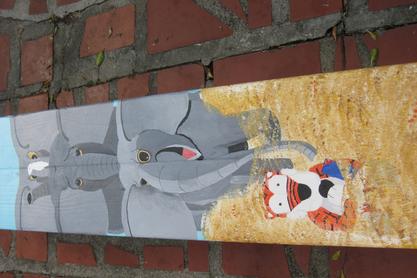 This one is called "Hmmmm?"

This next bench is called, "I got them Oreo Blues" I've always liked that song since I first heard it a bunch of years ago. It's written and sung by Lonnie Mack and also written by Mike Wilkerson.  I got the idea of using it on a bench and for some reason(Maybe it was the right thing to do!) I asked permission to use the lyrics on a bench. And for some reason Lonnie Mack  and the very nice people at Conexion said, "Sure!" It was really sweet. To paraphrase Mick Jagger, You don't always get what you ask for, but sometimes you do! Anyway part of my agreement says I can't show pictures of the entire bench, so here it is! 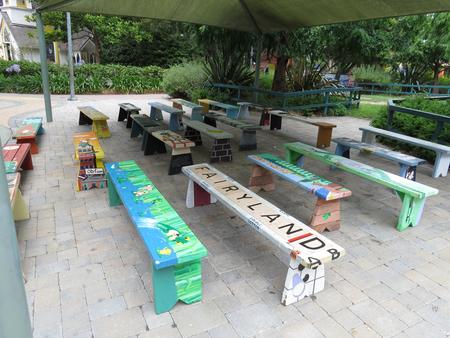 It's not really my gallery, but it kind of feels that way.

These are many of the benches I've painted all in one single spot at Children's Fairyland in Oakland, CA! 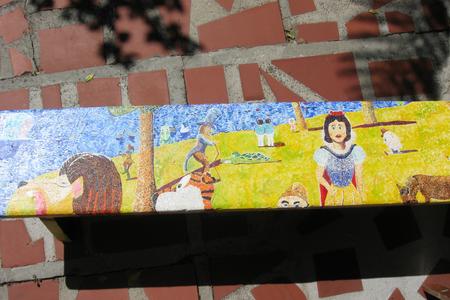 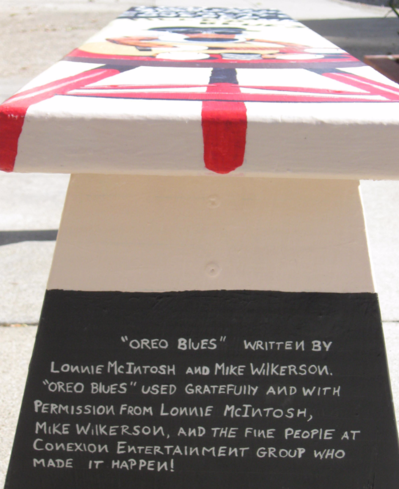 This next bench is called, The Picnic Bench. 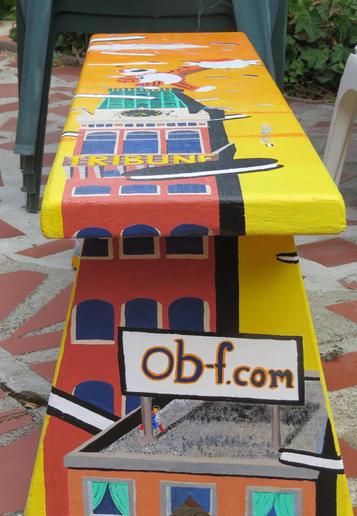 And this one is called, "The Seven Deadly Tigees." Only five of which can be seen here. The other two are on the sides of the bench. One of the things I've really liked about painting on the benches is what happens when your "canvas, so to speak, goes off on an angle and what happens to that space. Every now and then a child will follow the painting around, sometimes to underneath the bench and it's pretty cool to see them yell out, "The picture keeps on going," or words like that.

This bench is called,"Frogs." Why Frogs? Well, it's hard to go wrong with frogs unless you're stranded on an island populated with carniverous frogs, right?

This next bench is called, "First in a Series," and features titles of the first books in a variety of series. It was the cause of many heated debates at the Baker-Flynn Compound. Did you know that Curious George was in another book BEFORE he appeared in his first Curious George Book? Also, if I remember correctly, While the Chronicles of Narnia is basically the first chapter in that series, it wasn't the first book in that series to be published.

The think I really like about this particular bench is I had been doing them for a while, but this was the first one where I realized a unifying theme of the Tiger and Oreos. Since this bench almost all of them have focused on Tigee (My son named him this) and his relationship with the famous cookie. 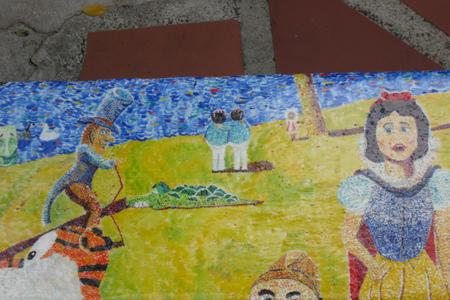 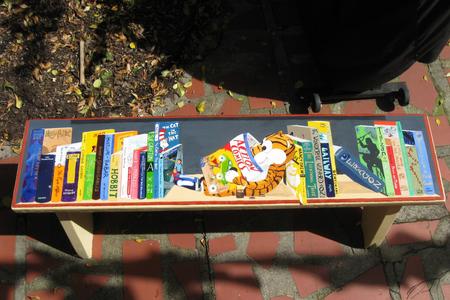 The one below is called, "Who's There?" I really liked the way that one turned out. Very close to what I had in my head.

I also liked that the last time I performed at Fairyland and people were sitting down, I heard someone say, "Dibs on the TARDIS!"

This next one is called, "Got one!" I really, really liked the way this one turned out. I don't know if it's my favorite, but I think it might be my best painting. 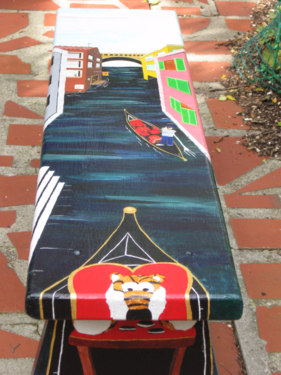 These are the sides of the bench.

This next one is called, "Gulp!" 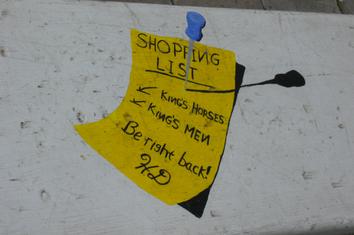 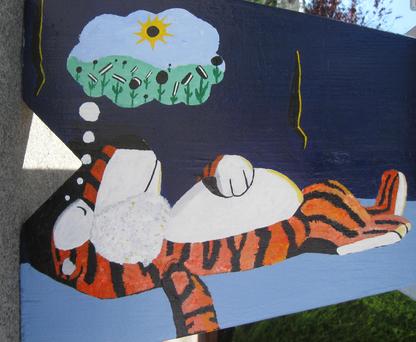 This one I called, "So close!" I liked the idea of the Tigee being so close to the Oreos and yet so far away. So very, far away.

This is the underneath of that bench. I do this for the kids who follow the pictures around the entire bench. I love it when some kid yells out, "MOM! DAD! There's something underneath!